For the longest time, I’ve wanted to write my blog posts inside Evernote & have them automatically available on my personal site.

I looked into ways to do this in Evernote back in the day and it was tricky. With an intense if this then that (IFTTT) flow, you could kinda get there.

I gave up on that idea.

Gatsby came out and made static sites cool again, so I moved my blog to a Gatsby theme called Novela (still a great theme, btw).

My site was fast, beautiful, and simple. Yet, I still wanted my dream of typing a blog post in the gym on my phone while having complete control of the code.

I could figure out a complex setup that let me code and commit to a GitHub repo on the go, but to me that seemed overly complex for a personal site.

Then I saw a tweet from Paul Shen showing how he got his blog running with Notion.

Following this guide from Splitbee, I got an initial version working.

Build a blazing fast blog using Notion & Next.js - Splitbee Blog
We wanted to publish a blog for a long time, but we missed the rich content editing from Notion in other Content Management Systems. Our goal then was to use Notion as a CMS! One day I found the following repository from ZEIT. They built a Blog using Notion & NextJS. The magic lies in getStaticPaths and getStaticProps data fetching methods in Next.js.

The other magic piece is React-Notion, a library for rendering Notion elements in React.

splitbee/react-notion
A React renderer for Notion pages. Use Notion as CMS for your blog, documentation or personal site. react-notion was developed by Splitbee. Splitbee is a fast, reliable, free, and modern analytics for any team. This packages doesn't handle the communication with the API. Check out notion-api-worker for an easy solution. 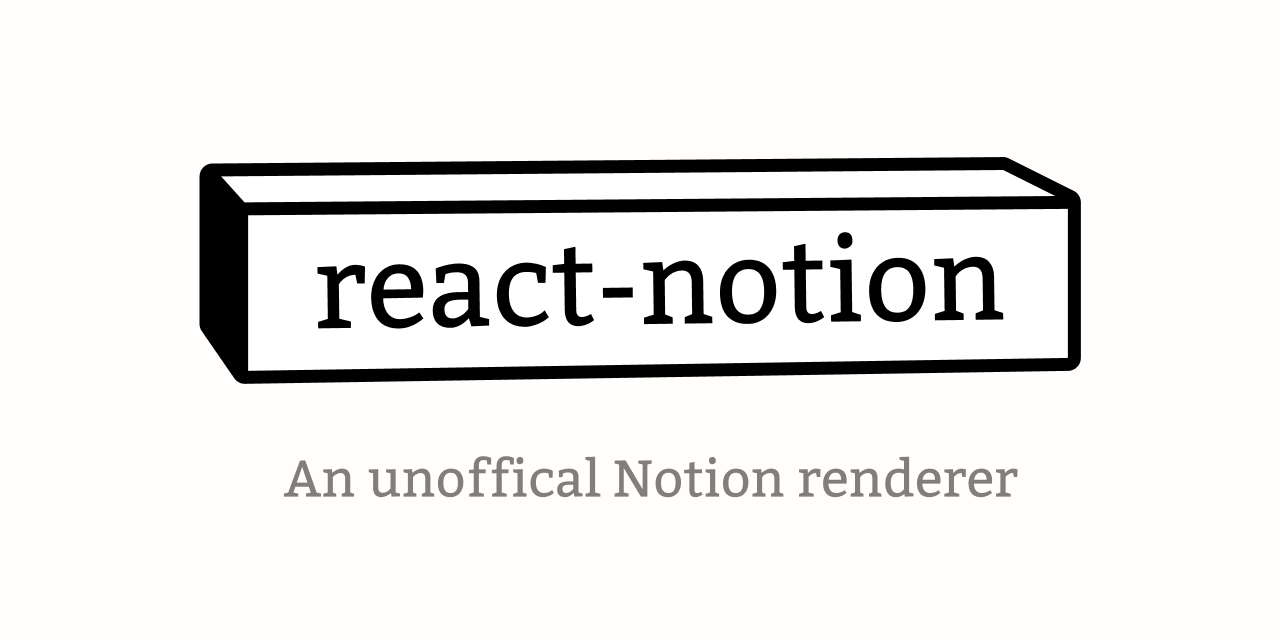 Note: this is all running off of Notion's internal API. Hopefully nothing breaks when they launch their public API in 2021 🤞

I manually moved my back-catalog into Notion, deployed to Vercel, and made some DNS changes.

Now, less than 24 hours later, I have a dynamic blog backed by my favorite note taking app deployed to a fast network powered by a great framework.

Here's a link to the Notion doc powering this post:

💯
What a great time to be a developer.

I’m excited to start writing more on this new setup.

See you on the other side,